Brazilian gastronomy magazine Prazeres da Mesa, in partnership with the United States Department of Agriculture (USDA), will organize several lives on social networks about gastronomy in the United States. The initiative is part of the #USfoodEXPERIENCE campaign, which aims to promote United States cuisine and its excellence products. The lives will be conducted by prominent Brazilian chefs and broadcast on Prazeres da Mesa‘s Instagram. Chefs will be provoked to execute recipes from the six regions of the United States (Northeast, Southeast, Southwest, Pacific, West, and Midwest) with American products found in the Brazilian market. The last live will take place on July 3rd, a day before of the Independence Day. In this live the recipe will be a traditional, all-American recipe, rather than one of a specific region. The lives, free of charge, will be directed to anyone interested in deepening his/her knowledge of the United States’ culinary arts and learning recipes with American products found in Brazil. 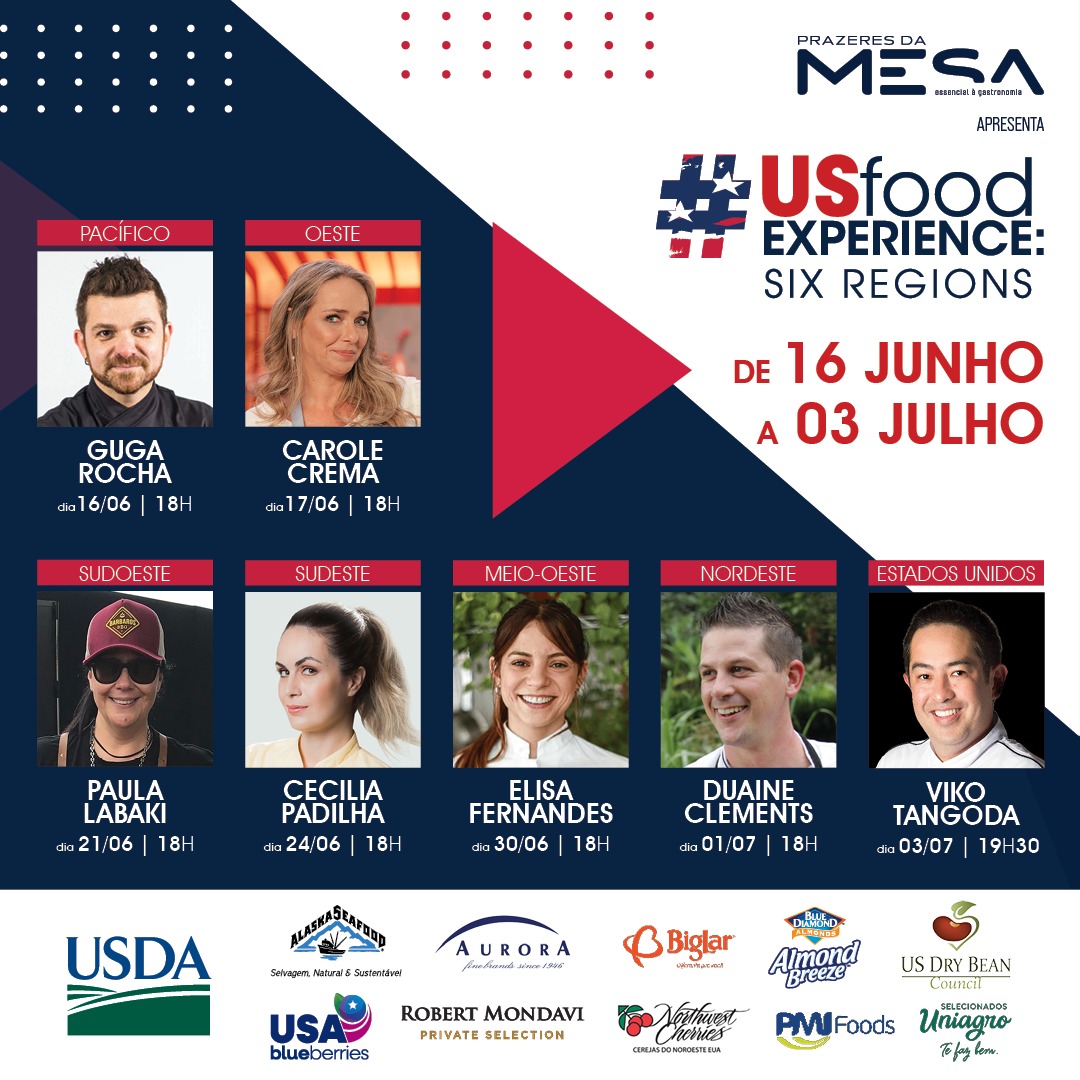