The United States Department of Agriculture (USDA) participated in this year’s 2nd edition of ANUFOOD, held in Sao Paulo on March 9-11. The show focused exclusively on food and beverage and is under the ANUGA umbrella, which is the largest food and beverage show in the world. The booth served as a platform to support importers of U.S. products available in the market in Brazil and to strengthen business relationships with importers and distributors. During the three days of the show, more than 20 different products from approximately 10 importers were tasted, such as beers, almonds, blueberries, pistachios, pears, pickles, and others. Moreover, ATO/SP hosted a U.S. wine tasting event featuring California wines. The event occurred in the VIP area of the trade show for roughly 70 professionals from food service and retail sector 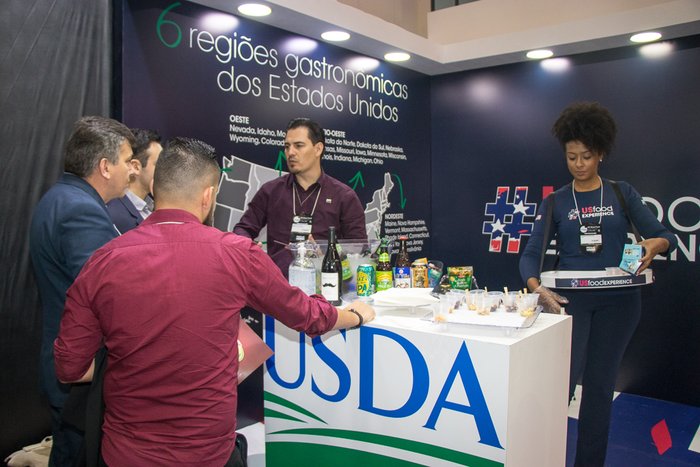 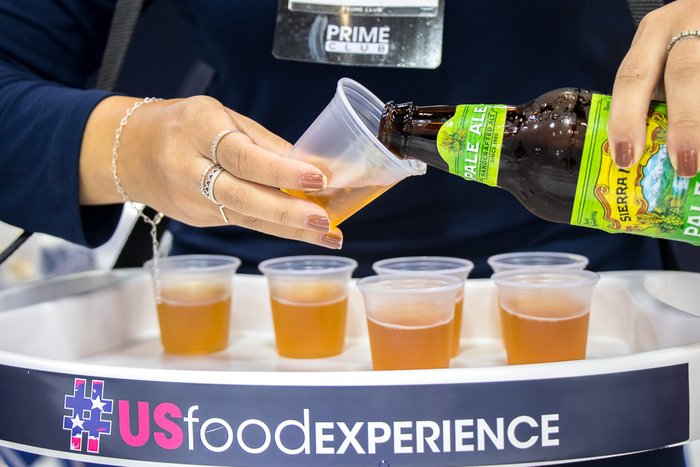 American beers being tasted during the ANUFOOD Brazil 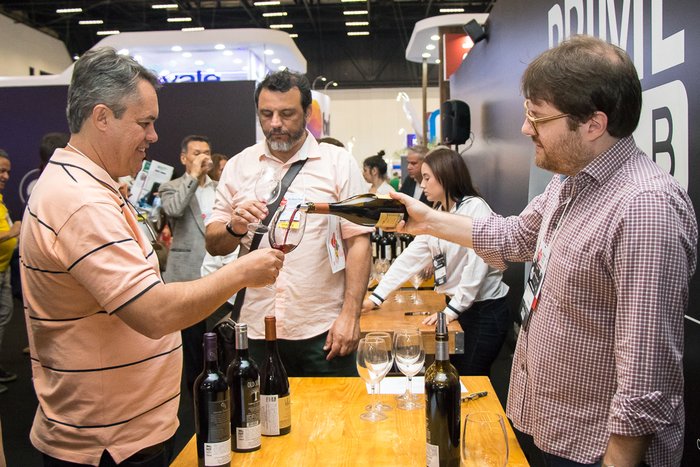